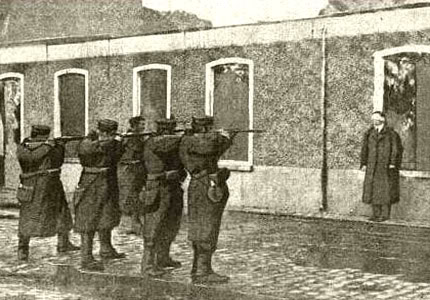 Every offseason in every sport there is turnover amongst teams whether it’s players, coaches, GM’s and in the Clippers’ case the owner. Some aren’t surprising like D’Antoni at Los Angeles or Tyrone Corbin in Utah or Mike Woodson in New York but yesterday one firing that sent the social media ablaze was the firing of Mark Jackson, coach of the Golden State Warriors. Mark Jackson had a 121-109 record over his 3 years reaching the playoffs 2 years in a row. His 51 wins is the most since 1993-1994 and 3rd behind Don Nelson and Al Attles in franchise history. His improvement from 23 wins when he first started to 51 hasn’t gone unnoticed to us as fans but as ownership sees it, ‘what have you done for me lately’. A 1st round exit to the Los Angeles Clippers pretty much sealed his fate as he foreshadowed that same sentiment by wearing all black which symbolizing being killed in mob movies.

Bob Myers, General Manager of the Warriors states: “Mark has accomplished many good things during his three years with the organization, including his role in helping elevate this team into a better position that it was when he arrived 36 months ago” If he do such a good job then why fire him. Sure he may not have been the ‘Yes man’ that many owners want to have but the results are there. 23 wins 3 seasons ago and now 51. Yeah, I know 51 wins only got them the 6th seed in the Western Conference but it’s the Western Conference. If this was the Eastern conference, they are battling for the top spot and Jackson’s job is safe for now. While Jackson has had the most amount of success since Don Nelson there were problems between him and the front office. Now I won’t say this is what happens when keeping it real goes wrong scenario but it obvious something went awry and it wasn’t fixable. Golden State Management is under a lot of pressure after this move but who is to blame for this?

When placing blame on something or someone there is never just one culprit. There’s always a catalyst, antagonist, instigator and then the parties themselves. When Joe Lacob and the rest of the management team made this decision they starting on a trail that can become very dangerous and could be the ultimate demise of this franchise and here’s why: they are risking the support of the players which is making them all this money for them and they are making it clear to potential free agents and coaches that we don’t really value your opinion. We’ll listen but we won’t hear you. Face it Run TMC wasn’t running out that locker room but with the help of Mark Jackson the Splash Brothers were created. Before Jackson, Steph Curry was a guy with a jumper and had glass for ankles. Now, he’s becoming one of the better Point Guards just like his former coach Mark Jackson; a coincidence I think not. There are 3 parties that are responsible for this: Injuries, Mark Jackson and the front office.

Injuries were a key factor in this season for Golden State starting with Andre Iguodala’s hamstring to Andrew Bogut’s rib injury. Golden State took the Clippers to 7 games without Bogut imagine if he played are we even having this conversation. Jackson has to take some of the blame because his inability to maximize the talent or adjust to the injuries his team occurred to his team which proved to be costly in the exit of the Warriors. Granted, his defensive mindset propelled them to 3rd in the League in Team defense but at times his offense was stagnant and relied on Stephen Curry and isolation ball. It was kinda similar to the episode of Fresh Prince of Bel-Air when the coach tells the team to pass the ball to Will and get out of the way. There were also times when Jackson would substitute the whole starting 5 for another starting 5 which created confusion and inconsistency.

But it’s not like he was gifted the best roster either, this is where management must take responsibility. Who gave Andrew Bogut a three year extension worth 36 million despite his injury history? Who traded two future 1st round picks to create cap space for Andre Iguodala? Who didn’t think to acquire some decent backup players? Who traded for Jordan Crawford and Steve Blake in the middle of the season which didn’t turn any positive dividends at all? I know it’s still early but has Harrison Barnes lived up to expectations? These are calls from management sure no one is free from blame but Mark Jackson will be the scapegoat. It’s easier to fire a coach then an owner so what’s next for Mark Jackson.

There are plenty of jobs available for him: Lakers, Pistons, Timberwolves, Knicks, Jazz, possibly Bulls if Thibodeau leaves or OKC if Brooks get fired. Just know he won’t be on the market long if he decides he wants to coach. He can go back to the broadcast booth when he came up with catchphrases like ‘hand down, man down’. Another alternative could be preaching since he is an ordained minister and leader of a nondenominational church in California. He will always be a leader whether in the pulpit or on the blacktop will remain to be seen.

What options are available for Golden State? Whoever they pick better create a bigger splash than Curry and Thompson could ever do? Is it too much pressure on the next coach? What coaches could be options? The names that I can think of off the top are: Kerr, Hoiberg, Ollie, Hollins, Karl, Stan Van Gundy, Tom Thibodeau and Mike D’Antoni. These are just guesses but we will see. Even though the lights at the coliseum are off, the pressure is on.