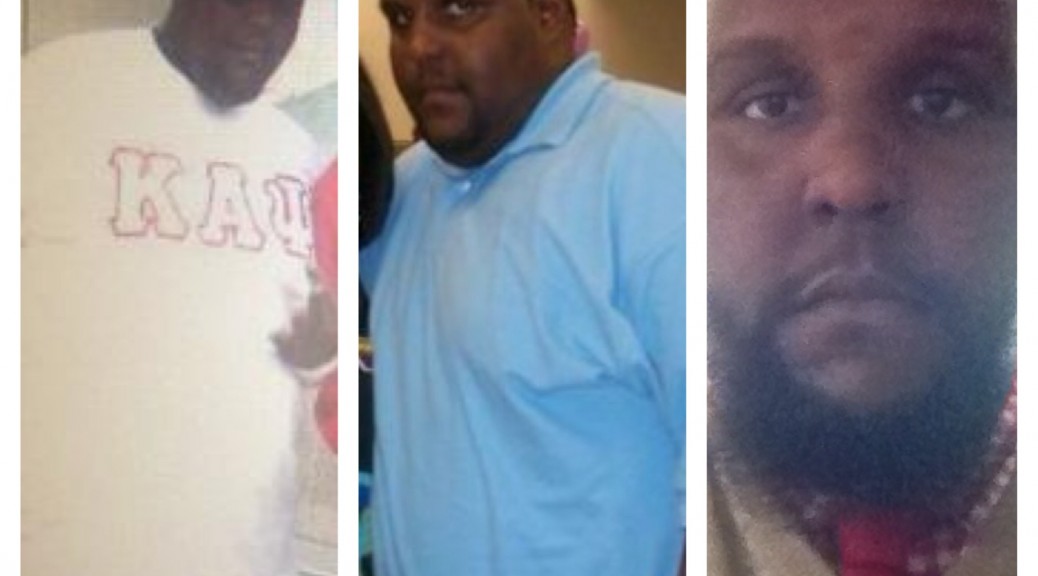 My name is Sonny B and I’m 30 years old with 2 and a half kids because my wife is pregnant now with the very last addition coming in July. I’m praying for another healthy boy but a healthy baby is the most important part.  Before I get into this entry, I gotta shout out my main man Corn for providing this platform. I don’t know what I’mma write about. I’m just going to let the ideas flow which can be very dangerous, if you don’t believe me ask my wife or my friends.

Who is Sonny B really? That question isn’t as easy as you would think because in the past 12 years, I have been three different people with different psyches which handled situations differently. Sonny at 18 was a freshman at Morgan State University breaking out of his comfort zone and embracing new challenges. The man Sonny was born (another shout out goes to Jamaal Patillo for giving me that name that summer during the PACE program), who loved to smoke weed and holla at more women than Wilt Chamberlain had sex with. Sonny at 24 was a budding engineer still hollering at more women than Wilt Chamberlain had sex with before I met my future wife. I probably hollered at some of her friends ( fuck that it wasn’t probably, I did but I was man enough to admit it when she asked about it) Sonny at 30 is a proud father, husband, very practical, similar to the characteristics of Julius from Everyone Hates Chris and prompt taxpayer. See before I went to college, I was more of the gentle giant, like Michael Oher from the Blind Side before he got upset. My mom is a very nurturing woman that loves to be a mother. You have some mothers that want to be your friend but my mom wanted to be my mom. When I was growing up, if someone made fun of me I would ignore it but it would just fester and make me upset but I would always cool down because my mom said, “boy you too big to be getting mad just ignore them, you are fine just the way you are” Now that I’m older what the hell was my mom thinking. I don’t even know for real maybe when we are both angels and with the Lord by my side like literally the Lord standing next to me, I will have enough strength to ask her that. When other boys made fun of me it was easier because I could always fight them and gain respect that way, but with women it was different. That all changed in 2001 when I had a crush on a girl and it didn’t go through and I was felt stupid. See in high school, I had all the traits known to man that would prevent any guy from getting pussy, for instance I had a widow’s peak, braces all 4 years, not the flyest gear and I kinda resembled Biggie Smalls. At the time I thought that was cool until I learned that if you gonna be that big and black you gotta have personality, charisma, and a little bit of money. Biggie once said, “I’m black, ugly as ever however I stay coogi down to the socks” Any other big black that says “I’m black, ugly as ever” normally ends any chance of getting the pussy. Nevertheless, I was upset felt rejected and didn’t know how to bounce back. My mom said everything will be okay, you’re still my handsome boy and even showed me a picture of myself when I was 3. On the other hand, my dad, my right hand man pulled me to the sides and gave me a shot of Henny straight. In that long drunken talk my dad said, ‘Son you about to go to college, don’t sweat any of these high school chicks. The baddest chick in high school is about a 6 in college and for the record no woman want a big black that be acting all shy and shit so if a woman come at you incorrect put that girl in her place and you will get the respect” My response: “but dad, mom said treat women like queens and be nice” My father replies, “that’s the dumbest shit I ever heard don’t tell mom I said that but son that is stupid, trust me I had mad broads before your mother I know” So where would be the best place to try this theory out none other than Morgan State University.

When approaching a woman, Sonny at 18 would start with a compliment get a couple of laughs and then ask for the number. If it didn’t work depending on her answer determined my response. For example, one girl came to speak to me and I went for the kill and she said, “I gotta go, can’t talk right now” and I responded, “man if you sit your fat ass down and talk to me”. I can imagine Sonny at 24 was like you fuckin idiot any shot of you getting any pussy from her has gone down quicker than that chik-fil-a sandwich you just ate and sonny from 30 would of just shook his head and begin a mentoring session. I felt disrespected when she said that so I took my father’s advice to the T and let her have it. Wasn’t the smartest idea in retrospect see the other sonny’s have learned to embrace rejection and learn a lesson. Sonny at 18 wasn’t having no parts of that shit, I want what I want and I want it now. I broke out of my shell but since I had no guidance, I became a loose cannon which made myself and others look bad but at the same time I could be very charming, funny and personable. Sonny at 18 didn’t know how to turn the switch on or off, it was always one or the other. It became so bad that if any of my friends were having an issue with their woman, they would call me to lean on them. I was the Mariano Rivera of leaning but I felt accepted and I was good at it so fuck it why not. I didn’t know them, they didn’t know me but they was gonna learn today. Glad I got older and wiser, there were some lonely nights from that and now Sonny at 30 would say, “sonny this is all your fault, now you playing Madden getting your ass whipped by a computer, when you could whippin on some pussy. You’ll learn one day but until then keep losing nigga”

Sonny at 24 was like an African basketball prospect; full of potential but still very raw and would need some coaching. If this was a NBA Draft, Jay Bilas would say the word potential 47 times but then end it with well if he’s a bust I wouldn’t be surprised. Here’s a story that exemplifies that: I was with my main man Corn when he says guess what, I got this lady friend who got some lady friends with her lets meet up at Friday’s in Towson. My train of thought was worst case scenario I was getting something to eat so we all win. So it was about 5 of us and 5 of them and I remember Corn saying Sonny take the big girl on 3 ready break. First of all this wasn’t a basketball game and why do you think all big dudes only get big girls which is ironic because my wife is but that’s partially my fault since she’s been pregnant 3 times in 5 years. But he was serious like a basketball coach drawing up a play and I was heated. Don’t get me wrong she wasn’t ugly but she was thinking the same way I was thinking like why I gotta get the big nigga and the appetizers weren’t even half off so I hope this guy ain’t cheap either. I can tell just by looking at her man and that scowl that we were on the same wavelength but we would at least give it a shot before all hell broke loose while Corn had the Stevie J face and birdman hand rub at the same damn time. It was a cool event we got along fine but I wanted her homegirl instead and she want another one of Corn’s friends so it all worked out in the end. After some drinks some laughter and me leaning on corn it was all well and good and just another example of the man known as Sonny evolving live and in living color. I mean I played the wingman like I was supposed but please believe if she would of came at my neck, it would have been a Battle Royal.

Sonny at 30 ain’t hollering at nobody but my kids sike I don’t yell at them I just articulate at a volume where the whole neighborhood can hear it. Look at those moments as teachable lessons for any of my neighbors that are going through the same shit as me. Some consider me the wise man, some consider me a fool but I don’t know the difference because if you leave the comparison up to my wife it’s gonna vary from the dude who played Biggie. So I’m really just a biggie playing a biggie that’s acting like another Biggie to Kwame Kilpatrick that’s only when I have hair, Rick Ross and let’s not forget Doug Heffernan. I take it all with laughter and make jokes back until in Sonny fashion I go too far and I gotta get Chipotle or Coldstones or Rita or all three to keep me from sleeping on the couch. This married with kids life that I live, I wouldn’t trade it for the world since it gives me so many opportunities to act a complete fool and still get laughter from someone. I can only imagine the faces my friends give me when I tell them these wild stories but hey if you gonna listen to a story why not by me. Some say I need a reality show, I don’t know how that would pan out but I’m glad the acceptance that I was looking for is showing its true colors. There are various sides to me, I’m like the Vitruvian man shout out to Whitfield for explaining what that was nevertheless, ladies and gentleman this is only the beginning who knows where this will go but buckle your seatbelt and let’s get on down to that old Sonny rhythm.

Until next time stay classy Westside.